Threatpost is a long-running, independent source of news and analysis about the cybersecurity landscape, covering breaking news and threat research, malware and vulnerability analysis, long-term trends and everything in-between.

This Woburn, Mass.-based outlet reaches a core audience of 1 million+ website visitors, including hundreds of thousands of IT and business-security professionals worldwide, every month.

Make Threatpost your first stop for security news and analysis to stay informed and keep your organization safe. 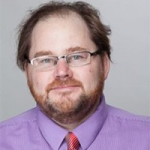 Tom Spring’s tech chops include three years as Senior Technical Editor at CRN magazine, where he covered breaking IT news and the products and services of Dell, IBM, Intel and Microsoft. Prior to that, Tom spent 14 years with IDG’s PCWorld magazine as Executive News Editor. Tom earned his stripes at several daily newspapers, including the MetroWest Daily News in Framingham, Mass., covering business technology news, where he served as Technology Editor.

Tom’s work has been honored by the Society of Professional Journalists, American Business Media, American Society of Business Publication Editors and the Western Publishing Association. Recently, Tom was also voted “Dad of the Year” by his two adorable kids. 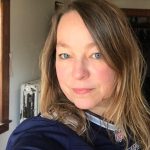 Tara Seals has 20 years of experience as a journalist, analyst and editor in the communications and technology space. Prior to Threatpost, Tara was the North American news lead for Infosecurity Magazine, and spent 13 years working for Informa (formerly Virgo Publishing), as executive editor and editor-in-chief at publications focused on both the service provider and the enterprise arenas, including Channel Partners and XCHANGE. Besides cybersecurity, she has a deep background in cloud, IP communications/UC and apps; data centers and virtualization, including NFV/SDN; and consumer technology, devices, applications and communications. Her service-provider background includes wireless networks and video infrastructure. A Texas native, she holds a B.A. from Columbia University, lives in Western Massachusetts with her family and is on a never-ending quest for good Mexican food in the Northeast. 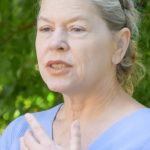 Lisa Vaas has been writing, laughing and gnashing her teeth about technology since 1995 as an executive editor, reporter, public speaker and podcaster. She first spilled ink at Ziff Davis’  eWEEK. She has also penned white papers for Insights, which is MIT Technology Review’s custom publishing arm. Lisa has also popped up on outlets including SentinelOne, Avira, Ars Technica, HP’s Input/Output, The Ladders, Smart Bear Software, Functionize, PC Magazine and CISO Series. She started out covering the crown jewels of databases and moved on to write about the crooks who want to get their hands on them. She spent 8.5 years writing for Sophos’s Naked Security, covering all manner of cybersecurity thrills and spills, including breaches, busts, bugs, head-scratchers, disclosure and lack thereof. Lisa has also covered the oft-gnarly intersections of technology, privacy, surveillance, public policy, AI and more. She lives in Boston, has a new kayak and enjoys nagging people about low-carb eating. 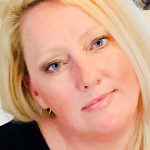 Becky is a reporter and editor with more than 20 years’ experience working in technology, with specialties in cybersecurity, quantum computing, telecom, net neutrality, artificial intelligence and public policy. Becky has contributed to a wide range of media outlets, including Threatpost, Inside Quantum Technology, Pipeline Magazine, SheKnows and a wide range of magazines and newspapers. Besides tech, Becky covers notable and celebrity real estate for realtor.com, from her home base in Phoenix, Ariz. 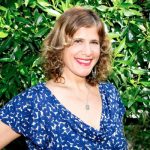 Elizabeth Montalbano has multi-decade experience in writing news, analysis and feature articles for a 24/7 news wire; daily and weekly newspapers; magazines; blogs; and other online and print publications. She also writes short stories, poems and personal essays, and takes photos and collaborates on visual art projects. In addition to her professional and writing skills, she has a great depth of life and travel experience — having migrated from New York City in 2010 to live in a small fishing village on the west coast of Portugal to pursue surfing and a more laid-back lifestyle. 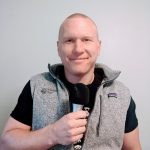 Cody is a key contributor to the Threatpost podcast. He is an active security podcaster with over a decade of experience in electrical infrastructure, cybersecurity startup technology, and software as-a-service. He has spent his more recent years focused on helping bring to market some of the most innovative cybersecurity technologies. When Cody is not interviewing experts about security topics or working with customers on security strategy, you can find him in Austin, Texas, where he enjoys various hobbies like mountain biking, real-estate investing and golfing.