Apple has removed a contentious macOS feature that allowed some Apple apps to bypass content filters, VPNs and third-party firewalls.

The feature, first uncovered in November in a beta release of the macOS Big Sur feature, was called “ContentFilterExclusionList” and included a list of at least 50 Apple apps – including Maps, Music, FaceTime, the App Store and its software update service. It has been recently removed in macOS Big Sur versions 11.2, Apple experts pointed out this week.

“After lots of bad press and lots of feedback/bug reports to Apple from developers such as myself, it seems wiser (more security conscious) minds at Cupertino prevailed,” said Patrick Wardle, principal security researcher with Jamf, this week. “The ContentFilterExclusionList list has been removed (in macOS 11.2 beta 2).” 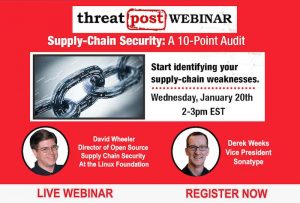 Because these apps bypassed NEFilterDataProvider, the service could not monitor them to see how much data they were transferring or which IP addresses they were communicating with – and ultimately could not block them if something was amiss.

After discovering the undocumented exclusion list back in November, security researchers criticized Apple, saying it was a liability that can be exploited by threat actors to bypass firewalls, give them access to people’s systems and expose their sensitive data.

“Many (rightfully) asked, ‘What good is a firewall if it can’t block all traffic?’ I of course also wondered if malware could abuse these ‘excluded’ items to generate network traffic that could surreptitiously bypass any socket filter firewall,” said Wardle. “Unfortunately the answer was yes.”

The new change means that firewalls such as LuLu – an open-source firewall that blocks outgoing unknown connections on Macs – can now comprehensively filter and block network traffic for all Apple apps, Wardle said.

Thanks to the community feedback (and ya, bad press) Apple decided to remove the ContentFilterExclusionList (in 11.2 beta 2)

Threatpost has reached out to Apple for further information about ContentFilterExclusionList and its removal.