The vulnerabilities include an information disclosure flaw (CVE-2019-15993) and a bug (CVE-2020-3147) that creates conditions optimum for a DoS attack.

Cisco says that the latter vulnerability is tied the web user interface used by affected switches that could allow an unauthenticated remote attacker to “cause an unexpected reload of the device, resulting in a DoS condition.”

A weakness in Cisco’s web user interface for its small business switches is also to blame for the information disclosure bug. 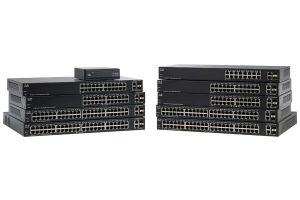 “The vulnerability exists because the software lacks proper authentication controls to information accessible from the web UI. An attacker could exploit this vulnerability by sending a malicious HTTP request to the web UI of an affected device,” Cisco wrote.

A successful attack could allow an adversary to access sensitive configuration files, according to the company.

Researcher Ken Pyle of DFDR Consulting is credited by Cisco for reporting both vulnerabilities.