Apple has hired cryptography pioneer Jon Callas for a third time. Callas, who previously at Apple helped design and implement encryption systems for Macs, was most recently at Silent Circle.

Jon Callas, equal parts security entrepreneur and innovator, has been hired at Apple for what will be his third stint with the company. 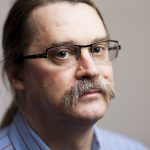 Apple confirmed Callas has been hired but did not provide specifics on his role to Threatpost. He previously worked at Apple from 1995-1997 as a senior scientist and again from 2009 to 2011 when he built crypto systems implemented in various Apple products.

Callas has a long history of designing crypto systems and standards still vital to commercial and homegrown software products. He twice has collaborated with information security pioneer Phil Zimmermann in getting commercial security companies off the ground (PGP and Silent Circle) and is credited with being the primary author of the OpenPGP cryptographic standard and DKIM, or DomainKeys Identified Mail, an email authentication standard.

Callas joins Apple at a crucial time in the context of personal privacy and government surveillance. Apple and the FBI butted heads for the better part of February and March over access to data on the San Bernardino terrorist’s iPhone. Apple fought a court order that mandated the company assist the FBI in bypassing security controls on the shooter’s iPhone that would wipe the device after a predetermined number of incorrect PIN guesses.

Apple CEO Tim Cook was defiant that Apple would not cooperate, fearful of the precedent it would set in granting law enforcement what amounted to backdoor access to Apple devices. Cook’s stance countered the FBI’s overall argument that encryption hampered the execution of legitimate court orders and warrants in criminal and terror investigations.

Apple ultimately was liberated of having to carry out the court-ordered mandate after the FBI said it enlisted a third party to bypass controls on the phone and access data stored on the device. The FBI has yet to name the third party or reveal whether it purchased and used a software exploit for an iOS vulnerability, or used a hardware hack to get on the phone.

Callas said in a Reddit AMA three months ago law enforcement, government and those who value their privacy are going to continue to clash, just as they did with the ’90s version of the crypto wars.

“It’s tiring. We went through this ages ago,” Callas said. “The reality is that we need crypto if we want to have an information society. It’s like saying, ‘oh, we’d like to live in buildings, but can you get rid of those curtains? No, actually we’re all happier with curtains. And doors.'”