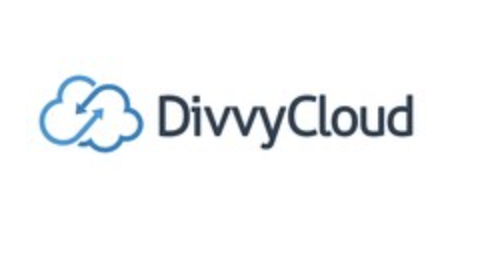 A recent DivvyCloud survey found that in 2019, a majority of respondents reported being in the final optimization stages of their cloud journey, with 59% indicating they are in the DevOps Optimization stage (an 11% increase from 2018).

The DevOps methodology offers organizations of all sizes from across all industries a framework for delivering value and responsiveness. Instead of traditional distinct development and operations teams, DevOps embraces multidisciplinary teams that use efficient practices that support continuous innovation and delivery. When coupled with the power of the cloud, DevOps can offer incredible efficiency and agility.

DevOps is relevant now more than ever for companies using the cloud. In fact, a recent DivvyCloud survey found that in 2019, a majority of respondents reported being in the final optimization stages of their cloud journey, with 59% indicating they are in the DevOps Optimization stage (an 11% increase from 2018). Balancing cloud security and compliance to support DevOps is critical because the fundamental role of the traditional security teams has changed substantially as more organizations adopt DevOps. To integrate effectively into DevOps culture, security teams must be willing to modify their approaches to prevent unnecessary friction—real or perceived—from the perspective of DevOps teams. This friction is most visible when security teams find problems during runtime. Detecting issues at this late stage usually result in the chaos of finding the root cause of the problem, tracking down someone who can develop a comprehensive fix to the problem, and ensuring that fix is deployed correctly. All of this action usually occurs within a compressed time frame, which only increases the tension.

Shifting cloud security and compliance “left”—before runtime—is the most effective way for a security team to adapt and ultimately provide better support to the DevOps team and the organization at large, while seamlessly evolving DevOps into DevSecOps. Through its new Infrastructure as Code (IaC) Security capability, DivvyCloud by Rapid7 offers security teams the ability to guide developers toward security and compliance from the very beginning. Using IaC templates and a comprehensive understanding of your cloud environment, DivvyCloud can assess how proposed changes would affect the security and compliance posture, regardless of which cloud service providers, containers, or third-party tools your teams use.

Every organization’s goal should be to make security part of the development workflow. Again, DevSecOps is the natural evolution of DevOps. The process can either take the benefits that DevOps gives to the development and operations branches of your IT department and extend them to the security team, or it can integrate security processes into the DevOps team. The latter approach empowers DevSecOps teams to create and deploy secure code and prevents them from introducing vulnerabilities and risks into their cloud environments from day one.

Ditching the inefficiency and chaos that accompanies runtime fixes is transformative on many levels. An immediately visible benefit is the reduced friction between security and DevOps teams. By proactively preventing discord between the teams, IaC Security supports both entities in their overarching goal of bringing the best possible products and services to your customers as quickly as possible. The efficiency of both teams grows as the number of global policies incorporated within IaC templates increases. The security team doesn’t have to fix the same problems over and over because these problems are no longer present.

With these benefits, the organization is able to maintain a strong security posture by preventing misconfigurations, noncompliance, and policy violations across your cloud and container environments, which is essential for any organization working in the cloud. To learn more about what DivvyCloud IaC Security can offer your organization, check out our Infrastructure as Code Security resources.

How to Get a Handle on Patch Management

As the number vulnerabilities hit a historic high, battle-worn security teams are upping their patching game.