Researchers show the promise of Federated Learning to protect patient privacy and improve healthcare outcomes across the world.

For researchers and physicians the mountains of data hospitals and healthcare systems hold could be a goldmine for artificial intelligence and machine learning, but data privacy concerns and regulations have kept scientists from being able to harness that information to improve outcomes. Now researchers from Intel and the University of Pennsylvania Medical School say they have found a solution: Federated Learning.

“Google realized that it wasn’t really privacy sensitive if they were literally sending your IM’s up to Google and having some Google data scientists read all of your IM to come up with what that model should do,” Reina said. “So they ended up coming up with this concept federated learning. And the idea is that you’re actually not going to move the data anywhere. The data just lives where it lives on your cell phone.”

Google’s Federated Learning model was able to detect when the phone was plugged in and on a Wi-Fi connections and “train a neural network on your local data,” Reina continued. “And I’m going to send the model out, so the model moves around, not the data.”

Reina and others suspected the same concept could be applied to healthcare data and allow hospitals and healthcare providers across the globe train collaboratively without ever needing direct access to the data.

The idea is the same as the Google scenario. The model moves around, rather than the data.

“And then basically, the models (plural) come back now from every user that they’ve trained on and you just have to come up with some way of getting a single consensus model,” Reina said.

Intel and the University of Pennsylvania Medical School teamed up to deploy federation across 29 international healthcare and research institutions to identify brain tumors, with incredibly promising results. 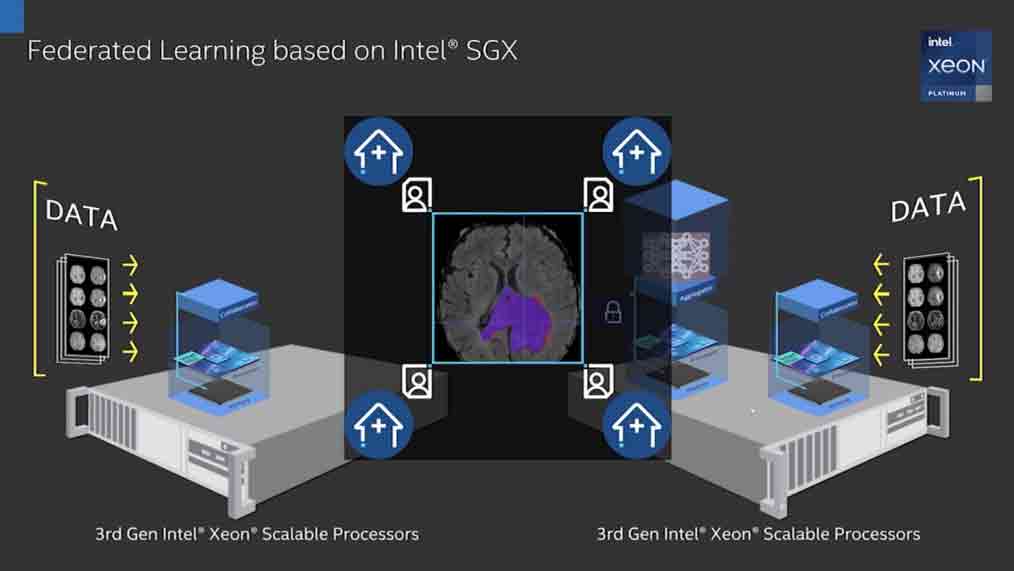 Their findings on Federated Learning and its applications in healthcare were published in the journal Nature and presented at their Supercomputing 2020 event last week.

Reina and his team were able to train a medical imaging model to identify brain tumors with more than 99 percent the accuracy of a model trained in the traditional method. This breakthrough could lead to earlier detection and better outcomes for the more than 80,000 people diagnosed with a brain tumor each year, according to Intel.

“So this is literally a neural network, a deep learning model and AI model that is taking MRIs and is trying to imagine if you had a crayon and you were trying to color in the section that’s the tumor, that’s the brain tumor,” Reina explained. “You can imagine how important this would be to have something that we just label areas of an MRI of the brain where tumor lives.” 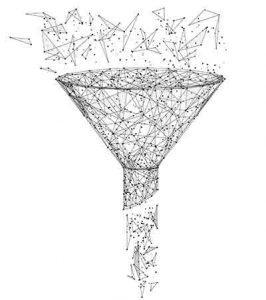 Federated Learning is being used to scan electronic health records to find patients with similar symptoms to predict hospital visits, mortality, ICU star time and more. Federated Learning has also been proven useful in medical imaging and MRI, according to the Nature report.

In addition to more precise diagnostics, Federated Learning promises to improve healthcare for everyone, regardless of proximity to expertise.

“Patients are usually treated locally,” the report said. “Establishing FL on a global scale could ensure high quality of clinical decisions regardless of the treatment location. In particular, patients requiring medical attention in remote areas could benefit from the same high-quality ML-aided diagnoses that are available in hospitals with a large number of cases. The same holds true for rare, or geographically uncommon, diseases, that are likely to have milder consequences if faster and more accurate diagnoses can be made.”

Reina explained that the broad collection of data, even if its not of the highest quality, is beneficial. He used the example of the lifeline choice in the game show “Who Wants to Be a Millionaire?”

“There’s, there’s a big data science mantra that, the more data you get, even if it’s not necessarily fantastic data, you learn enough to bring things up,” Reina said. “It’s kind of like on, ‘Who Wants to be a Millionaire?’ You poll the audience, and even if the audience isn’t an expert, It’s the collective knowledge of the audience, if you look at the statistics, they’re usually going to get the right answer, because not everybody has to be an expert. You can get a bunch of poor predictors, put them together, and you’ve got actually a super predictor.”

Federated Learning’s promise will continue to be researched and improved over the next decade, the paper concludes.

“Despite this, we truly believe that its potential impact on precision medicine and ultimately improving medical care is very promising.”

[Editor’s Note: This content compliments an exclusive FREE Threatpost Insider eBook that examines COVID-19’s current and lasting impact on cybersecurity. Get the whole story and DOWNLOAD the eBook now – on us!]