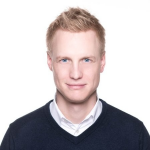 When it’s all said and done, application security pros may come to look upon the Log4Shell vulnerability as a gift.

Potentially one of the most devastating software flaws ever found, Log4Shell has justified scrutiny of modern security methods. It also turns out too many people continue to think about security strictly in terms of fortifying network perimeters.

But in the still burgeoning age of cloud computing, Log4Shell also exposed the significant gap that exists between application security and observability. It’s still not widely known that observability makes systems safer.

Nearly six months after the emergency of Log4Shell, the large number of companies still suffering the effects is proof. It comes down to this: Insufficient vulnerability management and a lack of visibility has hobbled efforts to identify and patch third-party software and development environments.

As a result, millions of apps remain at risk. Analysts predict that Log4Shell fallout will linger for years.

Analysts and journalists have described Log4Shell — the software vulnerability in Apache Log4j 2 discovered in November 2021 — as potentially one of the most devastating vulnerabilities ever found. Some security experts said the software flaw “bordered on the apocalyptic.”

Lest we forget: The security industry isn’t in trouble because of any single vulnerability. That became clear in March, with the emergence of Spring4Shell, a critical vulnerability targeting Java’s popular Spring open-source framework.

Companies struggle to identify vulnerabilities because traditional detection methods are too plodding, inefficient, and leave too many unanswered questions.   In the past, security teams performed a static analysis known as software composition analysis (SCA) on code libraries to determine whether a vulnerability had affected their systems.

An SCA relies on scanning tools and manual procedures. Though they’re often effective, these methods are designed to identify vulnerabilities early in the development lifecycle — not uncovering vulnerabilities in code already in production.

In addition, SCA tools are also known to produce numerous false positives; they don’t provide vital detail, such as the potential impact of the vulnerability occurrences or whether the threatened repository is in production or in a pre-production environment.

They also don’t provide much insight into which areas are most at risk or should be prioritized.

The good news is that when Log4Shell struck, some security managers were prepared. Some, including Jeroen Veldhorst, chief technology officer at Avisi, a Netherlands-based software development and cloud service company, had adopted a modern cloud observability platform.

According to Veldhorst, the application security and observability solution deployed by Avisi automatically identified and provided an overview of Log4Shell-vulnerable systems in Avisi’s production environment, Veldhorst said. The tool performed another automated and important task: providing the Avisi team with a list of systems to remediate first.

In the past, following the discovery of a new vulnerability, Veldhorst’s team would spend precious time patching low-priority occurrences. They were essentially guessing. Occasionally, the affected library his team labored on wasn’t even in production.

“Since [the tool] scans our platform continuously, it could tell us if there was a vulnerability [in production],” Veldhorst said.

Avisi’s observability and application security tool enabled the security team to accelerate the response to Log4Shell. Instead of spending days, weeks, or even months trying to resolve the issue via traditional methods, Avisi managed to resolve Log4Shell instances on all its systems within hours.

Combining observability and application security capabilities enables companies to reduce time spent resolving the last attack and more time preparing to thwart the next one.

For companies wishing to obtain an effective and mature observability platform, they must ensure that any upgrade comes with three integral components:

Although only a small number of vendors can supply the entire list, these tools and the added security they provide mean they’re worth finding.

Through the continuous surveillance of an organization’s production environments, the appropriate AppSec tools can enable security teams to detect vulnerabilities such as Log4Shell and Spring4Shell in real-time and implement immediate remediation at scale.