Metasploit creator HD Moore announced he’s leaving Rapid7 at the end of the month for a new venture capital opportunity.

HD Moore, creator of the Metasploit Framework and a security innovator behind a number of Internet-wide security research projects, is moving into venture capital.

Moore announced yesterday that he is leaving his current post as chief research officer at Rapid7 on Jan. 29 for a new opportunity in the VC world, an offer he called “an inspiring opportunity.” The new venture firm will focus on bringing security startups to market. 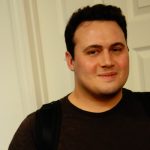 “Since the only thing more insane than working at one startup is working with multiple startups at the same time, this seemed like a perfect match and a way to contribute back to the security community,” Moore wrote in a blogpost.

Metasploit is Moore’s lasting legacy. Pen-testers and security researchers use the framework to develop and execute exploits against a target.

Moore said that he will continue to work on the framework and stay active in its open source community.

“I have full faith that the Metasploit team will continue to build great things and put our users first,” Moore said

Moore has also invested significant time and resources into a number of efforts to scan the IPv4 address space for vulnerable network and embedded devices. Moore headed up the Critical.IO project that scanned 18 TCP and UDP ports looking for large-scale flaws that paved the way to the discovery of critical UPnP vulnerabilities in more than 50 million devices. He also partnered with well-known researchers at the University of Michigan on Project Sonar, a repository of data collected from Internet-wide scans.

Moore has been at Rapid7 for six years and said a friend approached him with the VC opportunity late last year.

“After some reflection, I realized that the role he described was a natural evolution of my career in this industry,” Moore wrote.