Microsoft reportedly will implement two-factor authentication on users’ accounts at some point down the line, according to reports this week.

Microsoft reportedly will implement two-factor authentication on users’ accounts at some point down the line, according to reports this week.

Microsoft fansite Liveside.net first reported about the company’s plans yesterday with a blog post that includes a handful of screenshots from the purported new feature.

With two-factor authentication, users would be able to add an extra layer of security to their Microsoft accounts and have to provide an additional password (likely supplied by a text message or produced by an application their smart phone) when they log-in.

When reached for comment, Microsoft could neither confirm nor deny reports, a spokesperson only claimed that “security and privacy is a priority for Microsoft.” 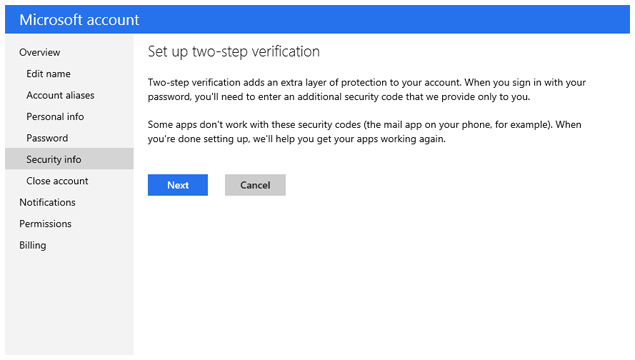 Two-factor authentication has been all the rage over the last few years. While Apple just added the functionality to its users’ iTunes and App Store accounts last month, Facebook added it in 2011 and DropBox added it to accounts in 2012.

Google’s Gmail added two-step authentication in 2011 in hopes of upping its security, but researchers ultimately found a way around it by exploiting a vulnerability that allowed the guessing or stealing of a user’s application-specific password. Google patched the “auto-login mechanism” flaw in February but Jon Oberheide, one of the researchers behind the bug, warned that Google two-factor authentication users should remain wary.