Mozilla has pushed a feature in Firefox live that allows users to block certain page elements while browsing privately.

The feature, Private Browsing with Tracking Protection, previously available to beta users, blocks third party page elements, such as ads, social network buttons, analytics, and other bits of information that could record a users’ browsing activity and profile users across multiple sites when its loaded by pages. 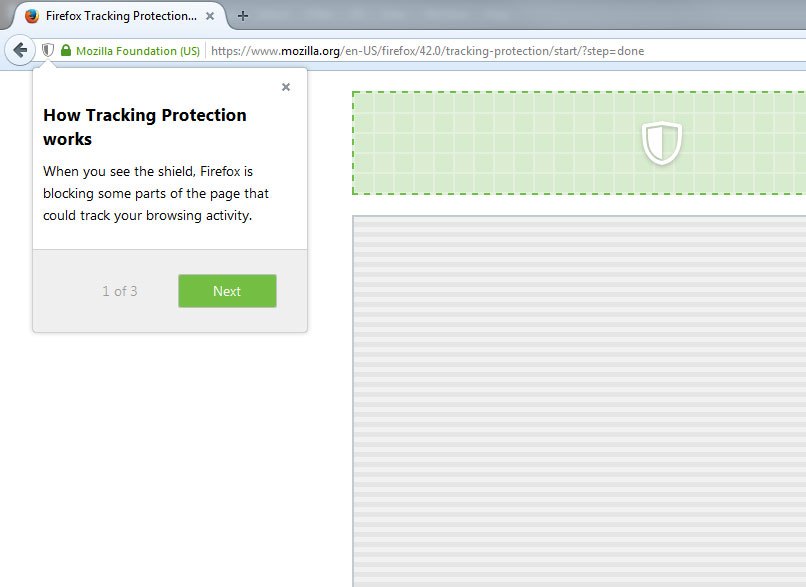 The functionality was quietly launched in beta builds of the browser in September but made it into the final build of Firefox 42, released on Tuesday. The latest iteration of the browser also features a control center, which can be clicked via a shield icon in the address bar, that contains security and privacy controls for whatever site a user is on.

The center is designed to act as an all-in-one shop for those browsing privately with tracking protection. It tells users whether or not the page they’re on is secure and gives them the option to disable tracking protection on a session by session basis. Since the functionality can break websites by blocking certain behavior, users may want to experiment and use it from site to site. 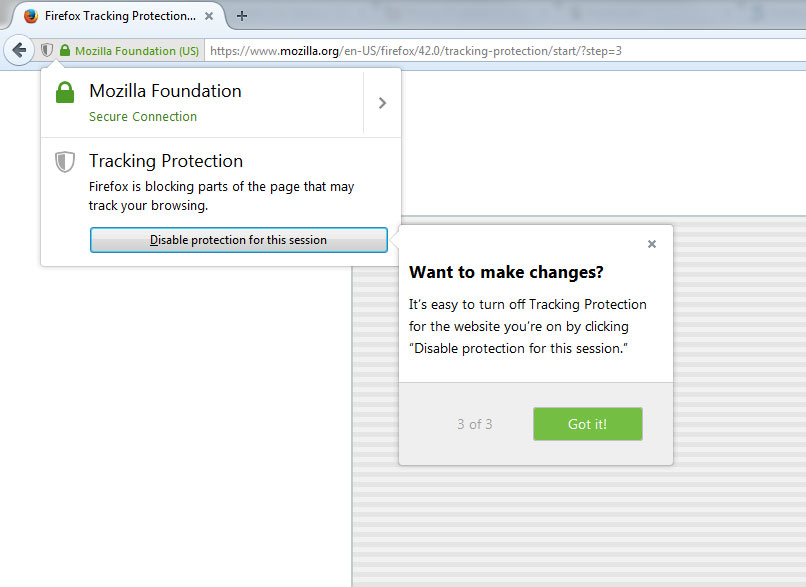 The move brings to fruition a feature privacy advocates urged the company to deploy earlier this year.

Monica Chew, a former software engineer with Firefox, and Georgios Kontaxis, a student at Columbia University, released a paper in April, “Tracking Protection in Firefox For Privacy and Performance,” (.PDF) that stressed the feature could radically speed up page load times.

The two actually experienced a 44 percent reduction in page load time, a 39 percent decrease in data usage, and 68 percent fewer cookies being set after enabling Tracking Protection. In an accompanying workshop at the IEEE’s Symposium on Security and Privacy the two encouraged the browser to implement the feature on a broader basis. In earlier versions of Firefox, users had to dig deep through the browsers settings to enable it.

The Electronic Frontier Foundation endorsed Chew and Kontaxis’ research at the time, and announced this week that it was pleased Mozilla was able to incorporate Private Browsing with Tracking Protection into Firefox, but claims the company could still do more to protect user privacy.

“This is a first step,” Noah Swartz, a Staff Technologist with the watchdog wrote Tuesday.

The EFF also called on Mozilla to join the Do Not Track coalition it started with Adblock and Disconnect earlier this year, and expressed its desire for other browsers and mobile platforms to follow in Mozilla’s footsteps.