Botnets fused with artificial intelligence are decentralized and self-organized systems, capable of working together toward a common goal – attacking networks.

Recently Threatpost caught up with Manky to discuss the latest developments around his research on botnet “swarm intelligence.” That’s a technique where criminals enlist artificial intelligence (AI) inside botnet nodes. Those nodes are then programmed to work toward a common goal of bolstering an attack chain and accelerating the time it takes to breach an organization. 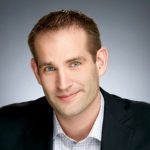 Threatpost: What are “self-organized botnet swarms?”

Manky: What we are starting to see [are] humans, such as the black-hat hackers, being taken out of the attack cycle more and more. Why? Because humans are slow by nature compared to machines.

Swarms accelerate the attack chain – or attack cycle. They help attackers move fast. Over time, as defenses improve, the window of time for an attack is shrinking. This is a way for attackers to make up for that lost time.

A self-learning swarm is a cluster of compromised devices that leverage peer-based AI to target vulnerable systems. Traditional botnets wait for commands from a bot herder. Swarms are able to make decisions independently. They can identify and assault – or swarm – different attack vectors all at once.

TP: What type of botnets are we talking about here? Botnets used for crippling a network? Where is this technology seen today?

Manky: Hide and Seek is a recent botnet that we have seen with the swarm technology in it.

TP: So, what makes Hide and Seek unique?

Manky: Typically a botnet will receive a command from the attacker, right? They go DDoS the target or try to exfiltrate information. But what we are starting to see with these new peer-to-peer botnets is they are able to share those commands – between botnet nodes – and act on their own without an attacker issuing any commands.

TP:  Is this machine intelligence? And, what is it that these botnets are trying to learn from and execute?

Manky: They are collecting data. They are trying to learn information about potential attack targets – that is, exploits and weaknesses that they can launch a successful attack against. They are trying to pinpoint vulnerabilities or holes that they can actually go and launch a successful exploit against. They are looking for a penetration weakness – something they can send payload to. Once they find it, the node can let the rest of the botnet nodes know.

TP: Can you break this down into a likely scenario?

Manky: We’re starting to see this in the world of IoT. A hypothetical situation includes a network where there is a barrier – a network firewall, or policies. On the network is a printer, network attached storage, an IP security camera and a database. Then, for whatever reason, the IP security camera is on the same network segment as database. Now [the attack] can target the printer and infect the network attached storage, which infects the camera. Now the camera can be used as a proxy to gather intelligence.

That intelligence is shared between the nodes. It’s a structured command list where it can say “send me a list of targets that you know, have this within the network segment – along with intelligence on that segment.” And then – when the network configurations match – the nodes can swarm and request the exfiltration of data and launch more attacks.

TP: Is there anything that is unique about the size or agility of these botnets? Does this “intelligence” allow it to be more efficient and smaller?

Manky: Swarms are large by nature. But I would call them first, efficient. Traditional botnets are monolithic. Bot-herders typically rent a botnet out just to [launch] a DDoS attack or just to launch a phishing attack. But with swarms, they have the capability to spin up resources – similar to virtual machines.

Bot-herders can say, “I want 20 percent of this botnet doing DDoS. I want 30 percent doing phishing campaigns.” It’s more about monetization, efficiency and being fast.

TP: When you say “swarms,” can you give me a sense of what you exactly mean by that?

Manky: The best example is what we see in nature – such as birds, bees and ants. When ants communicate they use pheromones between each other. The pheromones mark the shortest path to bring back food to the nest. Ants, in this scenario, aren’t taking orders from the queen ant. They are acting on their own.

Now the same concept is being applied to botnet code. What we are seeing are precursors of this right now. Hide and Seek has the code, but isn’t using it yet.

Hide and Seek is a decentralized IoT botnet. The capabilities are in the code, but we are still waiting for the first full-blown attack using this technique.

I expect to see a lot more of this technology in 2019.

TP:  Where does that leave us on the defense side of the equation?

Manky: It really needs to redefine the network security center. We are going to need more automated tools. It’s going to come down to AI versus AI. We need better security postures that are capable of actually detecting and acting on their own as well.

If you are up against a swarm, it’s very fast by nature. It can already breach a target, by the time a human administrator can detect it. For that reason, the network intelligence needs to be able to understand what it is seeing and be able to act on it.

At a higher level, it comes down to quality of intelligence and how much you trust your defenses.