If exploited, the most serious of these flaws could lead to a denial-of-service condition for Jetson products.

Nvidia has patched three vulnerabilities affecting its Jetson lineup, which is a series of embedded computing boards designed for machine-learning applications, in things like autonomous robots, drones and more. A successful exploit could potentially cripple any such gadgets leveraging the affected Jetson products, said Nvidia.

If exploited, the most serious of these flaws could lead to a denial-of-service (DoS) condition for affected products. The flaw (CVE-2021-1070) ranks 7.1 out of 10 on the CVSS scale, making it high-severity. It specifically exists in the Nvidia Linux Driver Package (L4T), the board support package for Jetson products.

Nvidia L4T contains a glitch in the apply_binaries.sh script. This script is used to install Nvidia components into the root file system image. The script allows improper access control, which may lead to an unprivileged user being able to modify system device tree files. Device trees are a data structure of the hardware components of a particular computer, which allow an operating system’s kernel to use and manage those components, including the CPU, memory, and peripherals.

Access to a device tree file could allow an attacker to launch a DoS attack. Further details about the flaw – including what an attacker needs to exploit it – were not disclosed. The issue was discovered by programmer Michael de Gans.

All versions prior to L4T release r32.5 are affected; a patch is available in L4T release r32.5. Specific Jetson products affected include the Jetson TX1 and TX2 series; which are two low-power embedded computing boards that carry a Nvidia Tegra processor and are specifically designed for accelerating machine learning in systems. Also affected are the Jetson AGX Xavier series, a developer kit that’s essentially an artificial intelligence computer for autonomous machines; the Jetson Xavier NX developer kit; and the Jetson Nano and Jetson Nano 2GB developer kits. 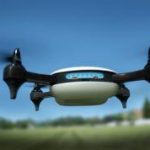 A drone with Nvidia Jetson TX1

The other two are medium-severity flaws (CVE‑2021‑1069 and CVE‑2021‑1071), which were uncovered in the Nvidia Tegra’s kernel driver. This is code that allows the kernel to talk to the hardware devices that the system-on-a-chip (SoC) is in.

CVE‑2021‑1069 exists in NVHost, a software host that’s part of Nvidia Driver Helper Service. NVHost allows a variable to be null, which may lead to a null pointer dereference and unexpected reboot, ultimately leading to data loss, according to Nvidia.

CVE‑2021‑1071 meanwhile exists in the INA3221 driver, an on-board power monitor that monitors the voltage and current of certain rails. The flaw enables improper access control, which may lead to unauthorized users gaining access to system power usage data. This can lead to information disclosure.

It’s only the latest set of patches to be released by Nvidia this month. Last week, Nvidia newly disclosed three security vulnerabilities in the NVIDIA Shield TV, which could allow denial of service, escalation of privileges and data loss. Earlier in January, Nvidia patched flaws tied to 16 CVEs across its graphics drivers and vGPU software, in its first security update of 2021. An updated security advisory now includes the availability of patched Linux drivers for the Tesla line of GPUs, affecting CVE-2021-1052, CVE-2021-1053 and CVE-2021-1056.