Evasive techniques used by attackers, date back to the earlier days, when base64 and other common encoding schemes were used. Today, attackers are adopting new Linux shell script tactics and techniques to disable firewalls, monitoring agents and modifying access control lists (ACLs).

In previous Uptycs Threat Research posts, we discussed the common utilities in Linux, which are generally used by threat actors in the attack chain. In this report, we highlight those common defense evasion techniques, which are common in malicious Linux shell scripts. And then, we outline how Uptycs spots and mitigates against them.

In this post, we cover common evasive shell-script techniques as:

Monitoring agents are the software components that regularly monitor the activities going on in the system related to process and network. Various logs are also created by the monitoring agents, which helps as an aid during any incident investigation.

The malicious script, we found in our in-house osquery based sandbox tries to:

Attackers also used the commands to disable non-maskable Interrupt(nmi). Watchdog is basically a configurable timer mechanism which generates interrupt at a particular given condition and time. In case of the system freeze, the nmi watchdog interrupt handler would kill the task which is responsible for the system freeze. To evade this defense mechanism, attackers disable watchdog feature using sysctl command or temporarily disabling it by setting the value to ‘0’. (see figure 3)

The malicious shell script also disables Linux security modules like SElinux, Apparmor. These modules are designed to implement mandatory access control(MAC) policies. A server administrator could simply configure these modules to provide the users restricted access to the installed or running applications in the system.

AppArmour is a security feature in Linux which is used to lock down applications like Firefox for increased security. A user can restrict an application in Ubuntu’s default configuration by giving limited permission to a certain application.

SElinux is another security feature in Linux systems by which a security administrator could apply security context on certain applications and utilities. On some web servers, the shell is disabled or restricted so for RCE (Remote Code Execution) adversaries usually bypass/disable this:

ACLs, or Access Control Lists, contain the rules by which permissions on files and utilities are granted. Filesystem ACLs tell operating systems which users can access the system, and what privileges the users are allowed. Setfacl utility in Linux is used to modify, remove the ACL, in the script we can see the usage of setfacl which sets permissions of chmod for the user:

Chattr in Linux is used to set/unset certain attributes of a file, more on chattr utility here. Adversaries use this for their own dropped files or to make their files immutable so that a user cannot delete it:

Uptycs EDR armed with YARA process scanning detected these malicious scripts with a threat score of 10/10. 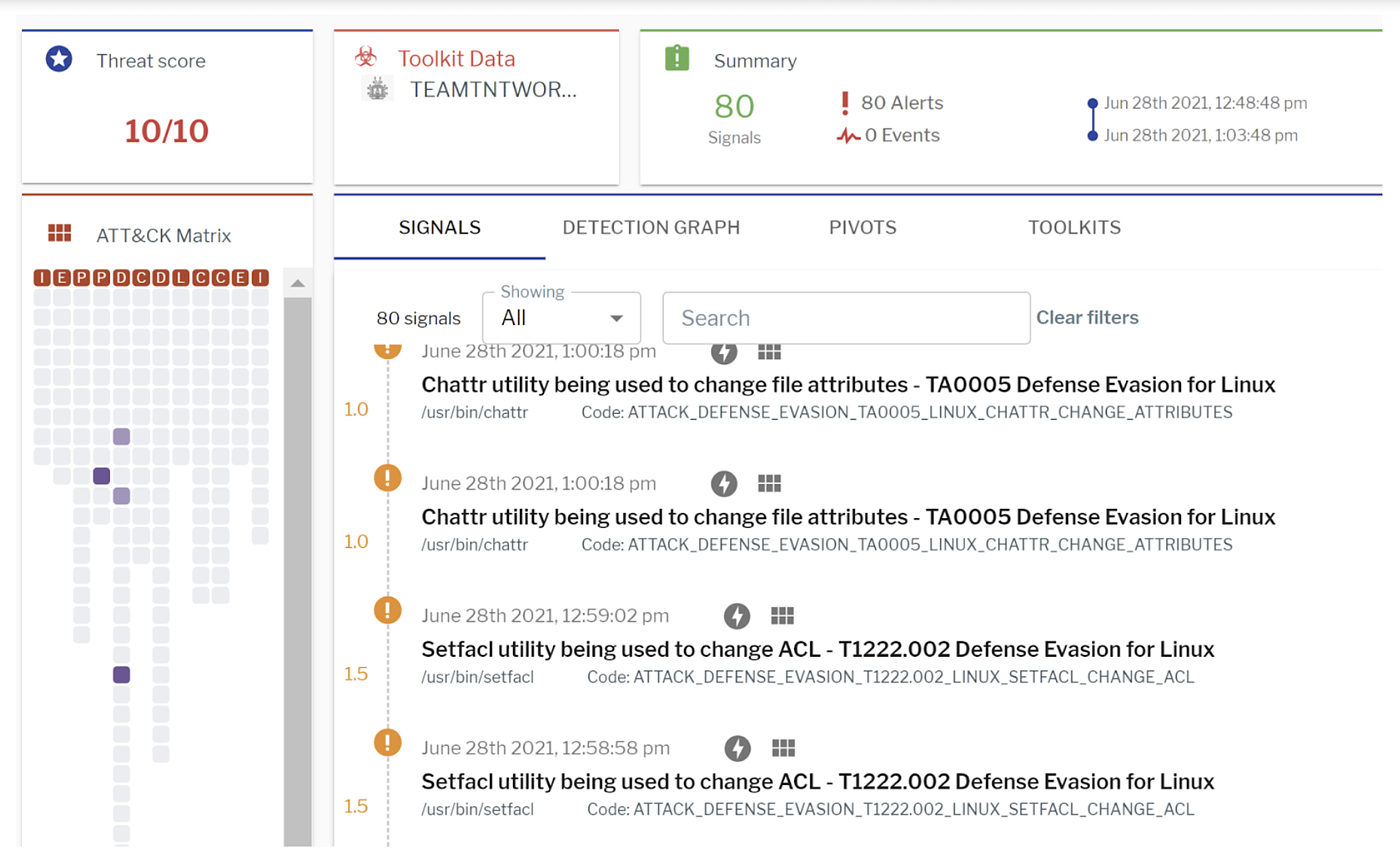 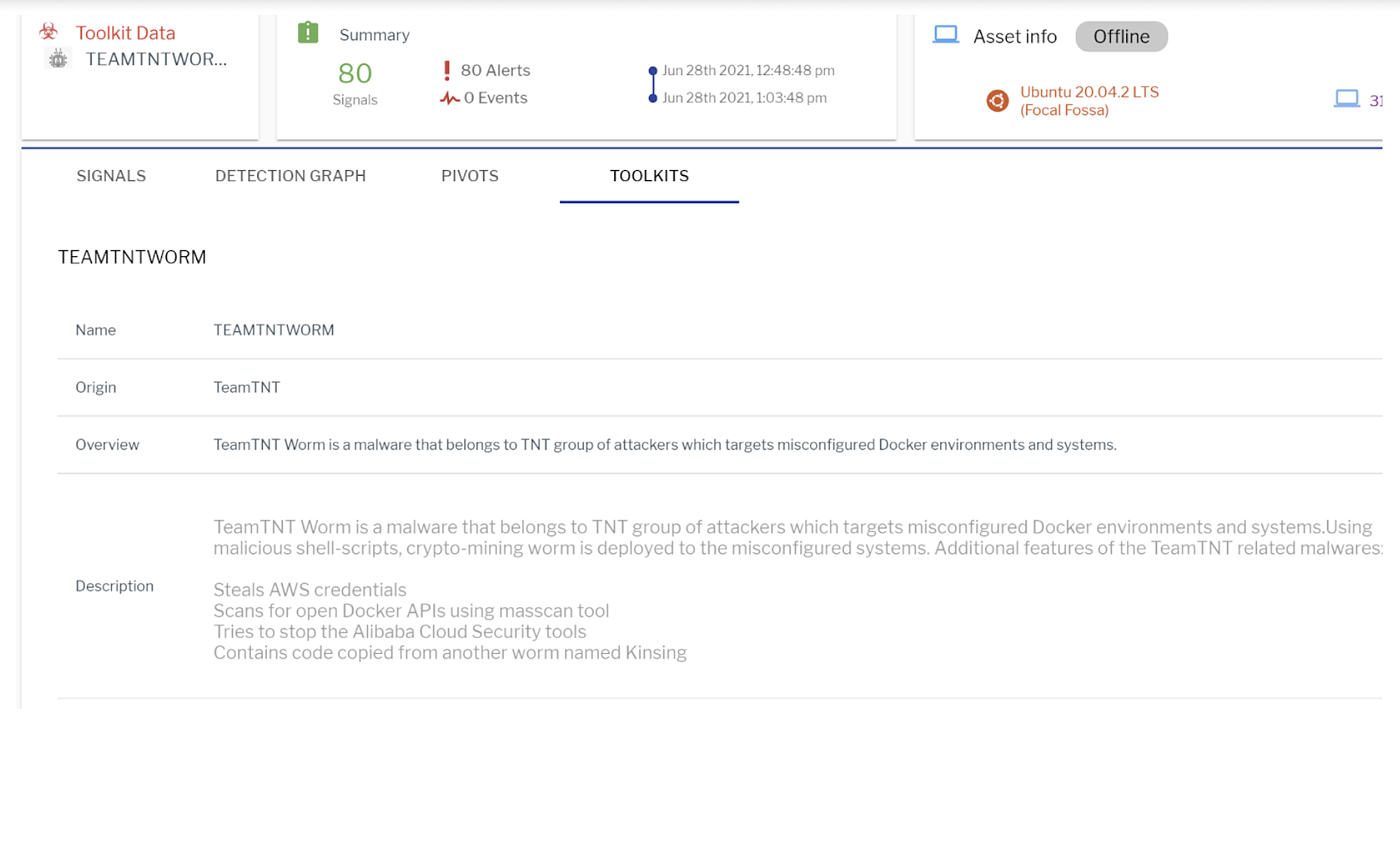 Alongside the detections, Uptycs EDR also records all the events we mentioned above in the process_events table. Using the queries below, incident response analysts can easily identify such malicious events:

As attackers are using more sophisticated and novel methods for evasion, it becomes increasingly important to monitor and record the activities happening in the system. Uptycs EDR offers the added benefit of taking a deep dive into the events logged, providing more insights of an attack. The reactive nature of Uptycs’ EDR helps to log everything whatever goes on in the system.

We recommend the following measures:

Want to Learn More About How Uptycs Can Help Secure Your Linux Environments? Watch A 15-Minute Demo!