Spam is back with a vengeance, thanks to the demise of attack vectors such as Adobe Flash.

The numbers come from F-Secure, which reported Wednesday on the sorry state of users’ better judgment when it comes to clicking on potentially malicious missives in inboxes.

The study points out the obvious – spam is still popular because it works. More interestingly, researchers said spam-based malicious attacks are up because other attack vectors are going away.

“The demise of Adobe Flash as one of the most popular plugins on websites has shifted criminals away from exploit kits, which enabled the attack vector known as drive-by downloads,” researchers wrote. They believe that the discontinuation of Flash support might eventually lkill off exploit kits as a viable business model for attackers altogether.

“We’ve reduced criminals to spam, one of the least-effective methods of infection,” said Sean Sullivan, an F-Secure security adviser.

The report concluded that spam will continue to be a scourge: “Anti-malware is containing nearly all commoditized, bulk threats. And honestly, I don’t see anything coming over the horizon that could lead to another gold rush, so criminals are stuck with spam,” Sullivan said. 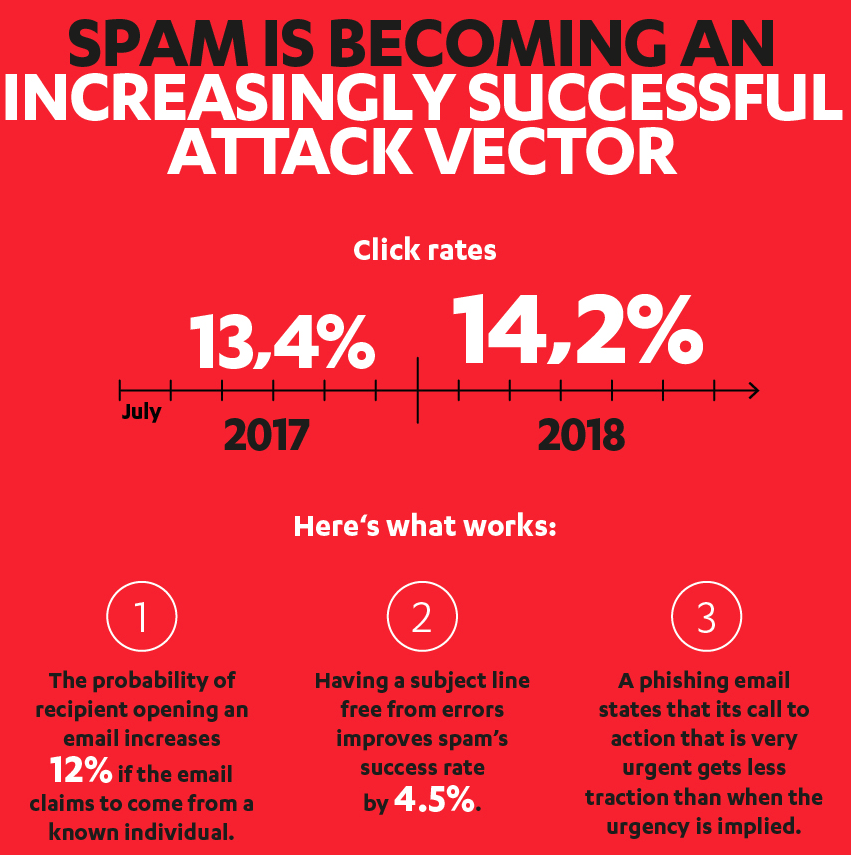