The Zero Day Initiative said that the number of bugs reported in 2018 is on track to trump its previous busiest year, 2017.

Zero Day Initiative said Monday that so far in 2018, it has published 600 advisories – up 33 percent from the 451 published in 2017, which was previously its “busiest year ever.”

“Interestingly, we had fewer advisories released as 0-day this year,” the company said in its mid-year report on advisories. “The first six months of 2018 saw only 23 advisories exceed our coordination timelines as opposed to 49 last year – a decrease of 42%. That means we successfully coordinated 577 bug reports with the vendor to release alongside a security patch or other mitigation.”

Here are some of the biggest bug report trends in 2018, so far:

According to the Zero Day Initiative, here is the breakdown of vendors for published advisories from January through June of 2018: 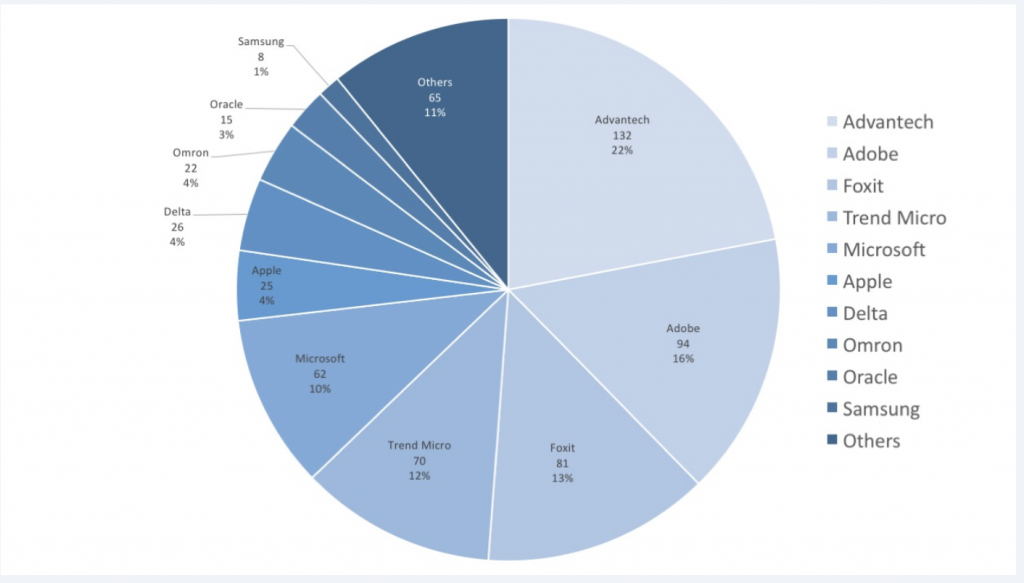 (ThreatList is an occasional overview of InfoSec landscape as represented in at-a-glance lists of relevant data.)