Users of the popular file-compression tool are urged to immediately update after a serious code-execution flaw was found in WinRAR.

The path-traversal vulnerability, which WinRAR fixed in January, could allow bad actors to remotely execute malicious code on victims’ machines – simply by persuading them to open a file, researchers with Check Point Software said on Wednesday.

“We found a logical bug using the WinAFL fuzzer and exploited it in WinRAR to gain full control over a victim’s computer,” said Nadav Grossman with Check Point in the analysis. “The exploit works by just extracting an archive, and puts over 500 million users at risk. This vulnerability has existed for over 19 years(!) and forced WinRAR to completely drop support for the vulnerable format.”

WinRAR is a popular file-archiving utility for Windows, which can create and allow viewing of archives in Roshal Archive Compressed (RAR) or ZIP file formats, and unpack numerous archive file formats.

A path-traversal attack allows attackers to access directories that they should not be accessing, like config files or other files containing server data that is not intended for public. 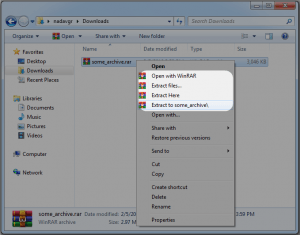 When taking a closer look at unacev2.dll, researchers found that “it’s an old dated dll compiled in 2006 without a protection mechanism. In the end, it turned out that we didn’t even need to bypass them,” said Grossman.

Due to the lack of protections and support for unacev2.dll, researchers were able to easily rename an ACE file and give it a RAR extension within unacev2.dll. When opened by WinRAR, the fake ACE file containing a malicious program is extracted to the system’s startup folder – so the program would automatically begin running when the system starts.

Ultimately, if a bad actor used spear-phishing tactics to send an unknowing victim a disguised ACE file, and the victim opened the file in WinRAR, the file would automatically extract in the victim’s startup folder and malware could then be quickly planted on the system.

The video below shows the proof-of-concept (PoC).

After researchers informed WinRAR of the issue, the vulnerability was patched in a new version of the software on Jan. 28, 5.70 beta 1.

A WinRAR spokesperson told Threatpost: “We have removed support for the ACE file format from WinRAR in the new Beta version 5.70.”

On an update on its website, WinRAR said: “WinRAR used this third-party library to unpack ACE archives. unacev2.dll had not been updated since 2005 and we do not have access to its source code. So we decided to drop ACE archive format support to protect security of WinRAR users.”

File-compression flaws have piqued the interest of exploit vendors such as Zerodium, who earlier last year offered up $10,000 for zero-day vulnerabilities in WinRAR and other compression platforms.