Sneaker bots are scooping up the new Yeezy “Ash Blue” and “Quantum” shoes to resell at a huge markup.

Shopping bots are likely to make it tough for everyday sneakerheads to get their hands on a pair of new Adidas Yeezy shoes from Kanye West as more styles become available through retailers in the next few months.

Researchers at Cequence Security track bots across the internet, and the company’s hacker-in-residence, Jason Kent, told Threatpost that sneaker bots are plaguing new shoe releases, like the Adidas Yeezy “Ash Blues” released in late February, and creating legions of frustrated customers who can’t get new products.

While regular shoppers are stuck working through a retailer’s web interface, Kent said these sneaker bots get in through the site’s API, a much more efficient route to scoop up product. The sheer numbers of these bots, which can be deployed by the thousands and automated to buy the shoes, also make them formidable opponents.

Sneaker Bots Are Cheap, Easy to Get

And the technology is easy to get. Sneaker-bot software provider KodaiAIO currently shows it’s “sold out” but is priced at $175 for two months and $59.99 per month after that. 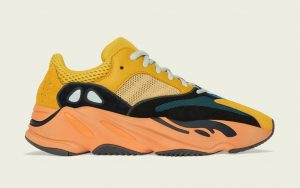 These Yeezys are listed on eBay for more than double their retail price.

KodaiAOI comes with an online dashboard for easy use and promises to “restock” its offering once a month. The software said it’s goal is to keep the user from ever missing another sneaker release, and will even organize sneaker shoppers into teams for maximum impact.

There are many other versions of sneaker-bot software out there for sale, like CopSupply, and a whole Copping Sneakers Starter Kit to get started that costs $499 per year.

That might seem a little steep, but reselling these limited release shoes is big business, which Kent said totals in the billions of dollars every year. He added that the resell price on sought-after sneakers is usually about twice the retail price.

Yeezys Already Marked Up for Resale

The Yeezy 700 “Suns” released in January retail for $240 but resellers still have listings on eBay priced at $670 and up.

But Kent has good news for sneakerheads: He predicts by this time next year, retailers will have to get sneaker bots under control if they want big brands to continue working with them.

And it’s not just shoes — the recent releases of the PS5 and Xbox last fall were marred by armies of bots scooping up all the consoles and reselling at astronomical markups. And Nvidia has tried to thwart some of the bot-buying and resale market for its GPUs: This week’s launch of the GeForce RTX 3060 — a ray-tracing-friendly, advanced gaming graphics chip — also throttles Ethereum mining. It’s a move meant to be a disincentive those catering to cryptomining enthusiasts who are willing to pay astronomical resale prices for the elite processing chips online.

Building consumer frustration is forcing companies to get serious about bot mitigation, Kent explained. “We have made tremendous strides in this space,” he said.

Kent also offered a couple of tips for real live shoppers trying to get their own pair of Yeezy 700 “Sun” sneakers. First, the race is on to get the shoes in an online cart, but if at first they’re not available, just hang out and wait a few minutes, he suggested.

If the bot accounts have trouble with their credit cards and can’t complete the “checkout” phase of the transaction, the inventory is swept out of the carts and made available again.

“Your competition is thousands of fake accounts,” Kent said.