Researchers are warning of spear-phishing emails with CV lures that spread the ZLoader malware, which steals banking credentials from victims.

Cybercriminals are taking advantage of the massive uptick in unemployment across the U.S. in a recent spear-phishing campaign, which purports to be CVs sent from job-seekers – but actually spreads banking credential-stealing malware.

Researchers recently uncovered emails that distributed malicious files masquerading as resumes and CVs. The files, attached in Microsoft Excel format, were sent via email with subject lines such as: “applying for a job” or “regarding job.” As victims opened the attached files, they were asked to “enable content.”

After enabling, victims were given the infamous ZLoader malware, which has previously been distributed via spear-phishing campaigns taking advantage of the coronavirus pandemic. ZLoader is a banking malware designed to steal credentials and other private information from users of targeted financial institutions. The malware can also steal passwords and cookies stored in victim’s web browsers.

“With the stolen information in hand, the malware can allow threat actors to connect to the victim’s system and make illicit financial transactions from the banking user’s legitimate device,” said Check Point researchers, in a Thursday post.

This campaign is only the latest targeting those who have lost jobs, particularly as unemployment rates are soaring across the U.S., with more than 40 million Americans filing for first-time unemployment benefits at the end of May.

Other campaigns were also discovered,  including one that used medical-leave forms to deliver the IcedID malware. In this campaign, malicious documents were sent with names like “COVID -19 FLMA CENTER.doc” in emails with subjects such as “The following is a new Employee Request Form for leave within the Family and Medical Leave Act (FMLA).”

The malware used redirection attacks that leveraged local proxies to redirect victims to malicious websites, as well as web-injection attacks that present fake content overlaid on the original pages. Either way, ultimately, the IcedID trojan was downloaded to steal victims’ financial data.

Overall, researchers noted that they have seen new malicious domains popping up in conjunction with these unemployment numbers: “We previously reported that because of high unemployment rates, people became vulnerable to scams and phishing attacks involving relief package payments,” said researchers. “We found that in May, 250 new domains containing the word ’employment’ were registered. 7 percent of these domains were malicious and another 9 percent suspicious.” 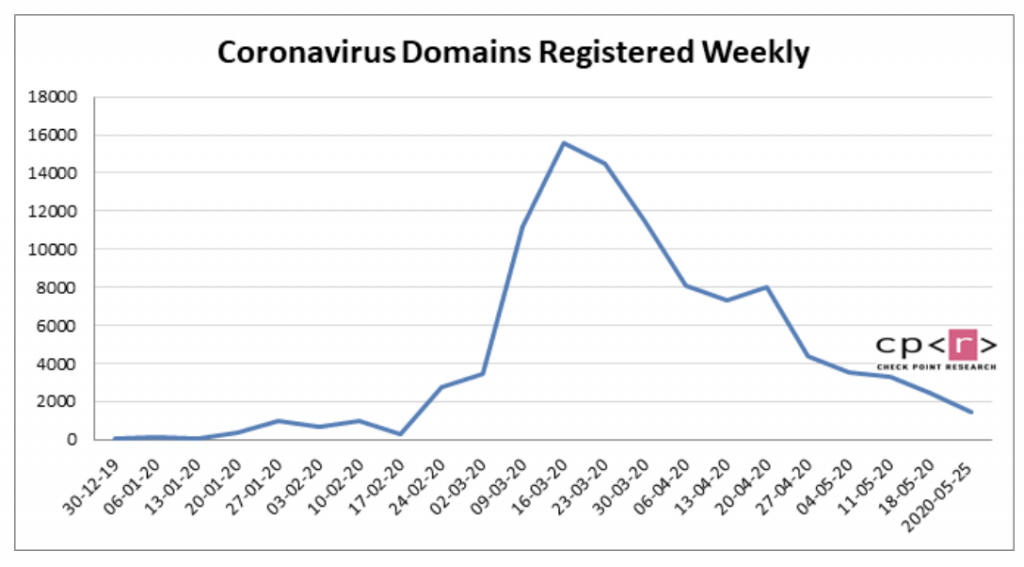