Apple report now includes data on requests by governments to take down apps from the tech giant’s app store.

For the first time Apple added to its transparency report the number of App Store takedown requests it has received from governments. The report, released Tuesday, also puts some hard numbers on how often law enforcement and governments request device and user data.

Apple’s report, which spans July 1 to Dec. 31, 2018, revealed it removed 634 apps in that time period. Those requests came from 11 countries and represent a total of 80 individual government requests. The The U.S. government did not account for any of those requests; however, China was the most prolific with 517 requests to remove apps mostly based on violation of its gambling and pornography laws.

The second-highest number of app takedown requests came from Norway’s government (with 37 apps), which asked for apps to be removed because they were tied to illegal gambling. Saudi Arabia came in third with 25 requests, mostly tied to violations of privacy laws.

Last year, Apple said it would begin to fold app takedown requests into it bi-annual reports and on Tuesday it said Apple’s next report would also include appeals received pursuant to those government requests.

In total, there were 4,680 U.S. law enforcement requests for Apple device (iPhone, iPad etc.) access. The bulk of the requests were subpoenas (4,145) and search warrants (381). Compared to the same time the year prior, warrant requests have jumped 41 percent, while overall device requests only inched up 5 percent.

Another jump, compared to the same time period, was U.S. law enforcement demands for “pen registers” and “trap and trace” device requests. Pen registers are surveillance devices that capture the phone numbers dialed on outgoing telephone calls. Trap and trace devices capture the numbers identifying incoming calls. Neither are supposed to reveal the content of communications. 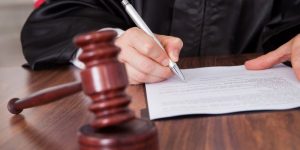 During July 1 and Dec. 31, 2018, the number of pen registers and trap-and-trace requests for accounts jumped from 18 the year prior to 26, a 44 percent increase. Wiretap data was reported by Apple as “N/A” for the second half of 2018.

The release of national security requests, such as National Security Letters, was hard fought by tech firms Google, Microsoft and others. In 2013, civil liberties advocates joined tech firms to petition the Foreign Intelligence Surveillance Court to lift a gag order preventing tech firms from releasing information on their role in the NSA’s surveillance activities. They argued inaccurate media reports about the private tech companies involvement in the NSA’s Planning Tool for Resource Integration, Synchronization, and Management (PRISM) damaged its reputation. PRISM is a data-collecting tool created to collect and process “foreign intelligence” that passes through servers located in the U.S.

Since 2013, the amount of transparency has increased as has the scope of the data revealed.