Anne Neuberger, a more than 10-year veteran of the NSA and its cyber-chief since 2019, will become the country’s deputy national security adviser for cybersecurity, according to Politico.

The move would elevate cybersecurity to a top-level priority for the U.S. government. The NSC is the President’s principal forum for considering national security and foreign policy matters with senior national security advisors and cabinet officials.

Sources told Politico that Neuberger will thus be in charge of coordinating cybersecurity across the federal government’s agencies and departments. One of her very likely first tasks will be dealing with the sprawling SolarWinds cyberattack, carried out by nation-state hackers believed to be backed by Russia. The extent of the massive campaign is still being explored, and cybersecurity officials inside the Trump Administration have already said that the remediation process will be complex, difficult and extremely costly. 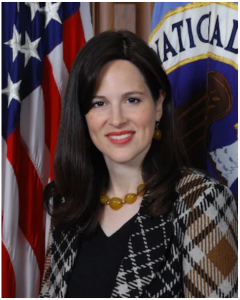 Neuberger became the NSA’s first director of cybersecurity and deputy national manager in 2019, after serving as the NSA’s chief risk officer for five years. She is in charge of sharing threat intelligence between the NSA and public and private entities, especially regarding threats to critical infrastructure. NSA’s role in U.S. cybersecurity includes serving as the Office of the National Manager (ONM) for systems that handle classified information or are otherwise critical to military or intelligence activities.

Giving cybersecurity a seat at the NSC table dovetails with the incoming Biden administration’s stated interest in beefing up the U.S.’ cybersecurity posture.

“The Biden-Harris Administration will make cybersecurity a top priority, elevating it as an imperative across the government from day one,” a transition media spokesperson for the Biden transition told the outlet. “We will strengthen our partnerships with the private sector, academia and civil society; renew our commitment to international norms and engagement on cyber-issues; and expand our investment in the infrastructure and people we need to effectively defend the nation against malicious cyber-activity.”

Supply-Chain Security: A 10-Point Audit Webinar: Is your company’s software supply-chain prepared for an attack? On Wed., Jan. 20 at 2 p.m. ET, start identifying weaknesses in your supply-chain with actionable advice from experts – part of a limited-engagement and LIVE Threatpost webinar. CISOs, AppDev and SysAdmin are invited to ask a panel of A-list cybersecurity experts how they can avoid being caught exposed in a post-SolarWinds-hack world. Attendance is limited: Register Now and reserve a spot for this exclusive Threatpost Supply-Chain Security webinar – Jan. 20, 2 p.m. ET.