Facebook is continuing to crack down on misinformation, political meddling, and “coordinated inauthentic behavior” on its platform.

Facebook has booted hundreds of Iran-linked pages, groups and accounts from its social media platform that it claimed were promoting misinformation.

According to Facebook, it removed 783 pages, groups and accounts that engaged in “coordinated inauthentic behavior” that were misleading users about who they are and what they are doing.

The pages, some of which had 2 million followers, repurposed Iranian state media’s reporting on topics such as the conflicts in Syria and Yemen and the role of the U.S., Saudi Arabia, and Russia, Facebook said.

“This activity was directed from Iran, in some cases repurposing Iranian state media content, and engaged in coordinated inauthentic behavior targeting people across the world, although more heavily in the Middle East and South Asia,” said Nathaniel Gleicher, head of cybersecurity policy at Facebook in a Thursday post. “These were interconnected and localized operations, which used similar tactics by creating networks of accounts to mislead others about who they were and what they were doing.”

Facebook said there were multiple sets of activity dating back to 2010 and localized for specific countries or regions (including Afghanistan, Egypt, France, Germany, Saudi Arabia, Syria, US, and more). 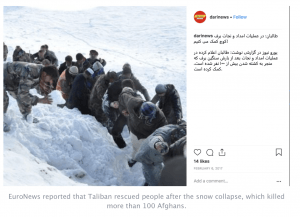 The page admins and owners for these accounts would typically purport to be locals of the countries they were sharing stories about, often using fake accounts, and posted news stories on current events.

That included commentary on topics like Israel-Palestine relations; as well as the conflicts in Syria and Yemen.

Some of the removed pages were vastly popular – at least one page had about 2 million account followers, and one of the groups racked up 1,600 accounts. The accounts would also host events, and Facebook said that eight events were supposedly hosted.

“We identified some of these accounts through our continued investigation into Iranian coordinated inauthentic behavior we found and removed last year,” said Gleicher. “Our investigation was aided by open source reporting and information provided to us by our industry peers. We have shared information about our investigation with US law enforcement, the US Congress, and policymakers in impacted countries.” 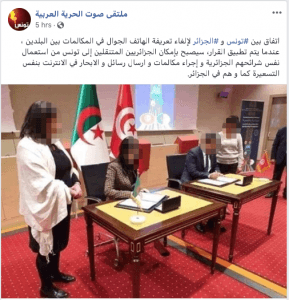 The latest crackdown on “coordinated inauthentic behavior” comes as Facebook tries to bar on misinformation and other political meddling efforts on its platform.

After announcing in October it would expand content policing on the site by cracking down on accounts aimed at voter suppression and penalizing pages spreading political disinformation, Facebook has removed hundreds of pages and accounts that it said have spread spam or disinformation.

In November, Facebook barred an additional 115 accounts (including 30 Facebook accounts and 85 Instagram accounts). In October it said that had collectively removed more than 800 pages and accounts showing inauthentic behavior. In August, it made a 652-page dent in a sizable alleged Iran-backed influence campaign that stretches back to 2017, with some pages in operation since 2013. And in July, Facebook said that it removed 32 pages from its platform involved in “coordinated” inauthentic behavior.

“To ensure that we stay ahead in rooting out abuse we’re investing heavily in building better technology, hiring more people and working more closely with law enforcement, security experts and other technology companies,” said Gleicher.