Aas says he hopes the effort will make HTTPS deployment easier for Let’s Encrypt users and help “accelerate the Web’s progress towards 100% HTTPS,” long a goal of the initiative.

The certificates will be offered for free via the CA’s forthcoming ACME v2 API endpoint. Announced in June, the IETF-standardized protocol is slated to launch around the same time Let’s Encrypt plans to begin offering wildcard certs.

The protocol, a medium for subscribers to acquire and manage certificates, will build off the CA’s ACME v1 protocol API but won’t replace it just yet.

“Once we’re confident that we can predict an appropriate end-of-life date for our ACME v1 API endpoint we’ll announce one,” Aas said last month.

The news comes a week after the CA announced it had issued more than 100,000,000 certificates. 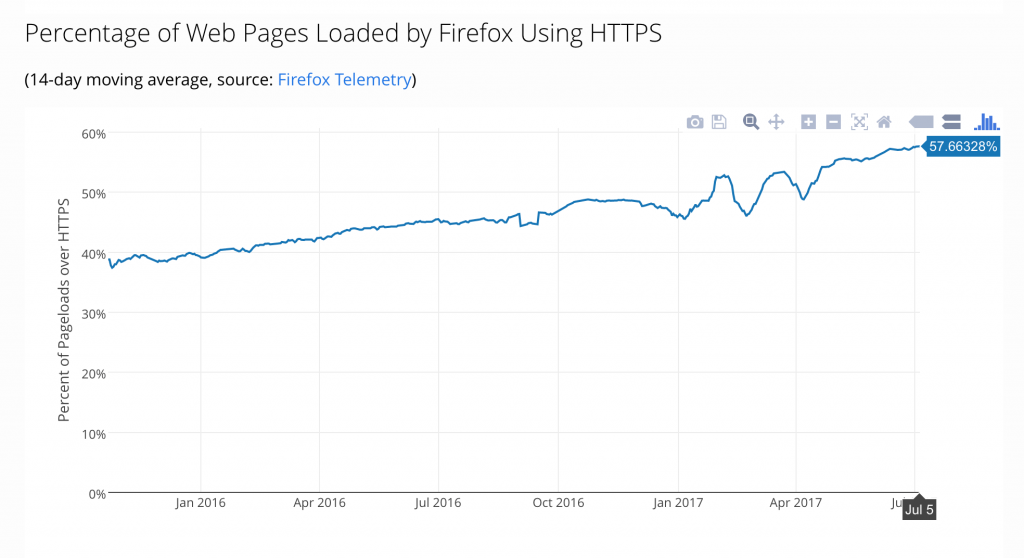 Aas and Let’s Encrypt still have a long way to go until 100 percent of web pages are loaded by HTTPS but the CA has made some admirable strides over the past year and a half since the CA’s inception. When the Let’s Encrypt first entered public beta in December 2015 less than 40 percent of page loads used HTTPS. Since then, a span of 19 months, HTTPS loads have jumped 18 percent to nearly 58 percent.

Let’s Encrypt Pushes Back Deadline to Revoke Some TLS Certificates

While 1.7 million of the certificates potentially affected by a CAA bug have already been replaced, around 1 million are still active.

On Wednesday millions of Transport Layer Security certificates will be revoked because of a Certificate Authority Authorization bug.