The average payout price for critical vulnerabilities are up six percent and now average $2,041 compared to the prior year.

The numbers are from HackerOne’s 2018 Hacker-Powered Security Report, published Wednesday. The study looked at data derived from the HackerOne community between May 2017 and April 2018. In the report the company also revealed a total of 116 bug reports were filed across all sectors of its program and worth over $10,000 each last year – a 30 percent jump from 2016.  HackerOne said bounty program run by government agencies had the largest average bounty payout for critical vulnerabilities at $3,492. The travel and hospitality sectors paid out the least for a critical vulnerability, at $668.

Medium severity vulnerabilities are still the most commonly reported as part of bug bounty programs, with 39 percent of all reported bugs in 2018 being medium (only 6 percent were rated critical). 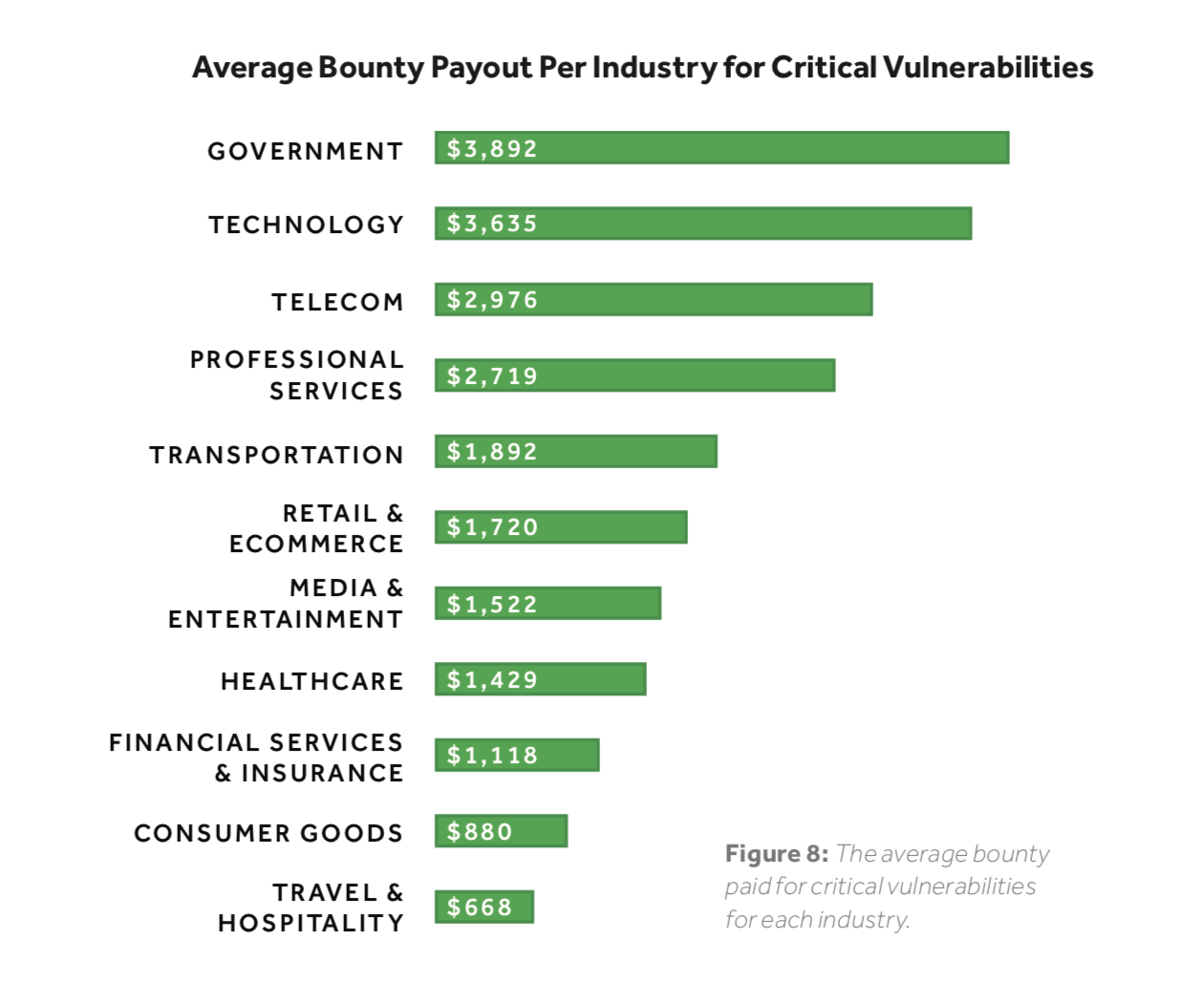 Here are some other big takeaways from the report:

Aleksandr Brovko faces jail time after stealing $100 million worth of personal identifiable information (PII) and financial data over the course of more than 10 years.