Vermont’s Norwich University secured another round of funding – $9.9 million in federal contracts – for cybersecurity research this week.

Norwich University, a small military college nestled in the Green Mountains of Vermont, secured another round of funding for cybersecurity research this week. The grant, $9.9 million in federal funds, will feed into a project that ensures groups in the private and public sector can better plan for cyberattacks.

Senator Patrick Leahy (D-VT) announced the news Thursday in a press conference at the school in Northfield, Vt.

The school’s Applied Research Institute (NUARI) is receiving the money for use in its Distributed Environment for Critical Infrastructure Decision-making Exercises (DECIDE) program. The software being developed by the program essentially helps multiple corporations defend against cyber attacks.

The institute plans to update the program to “improve the exercise’s user interface and to expand the segments of the financial industry that can be involved in such exercises in the future,” according to a press release issued in tandem with Leahy’s visit yesterday.

The contract for the simulation-based cyber exercise tool is expected to add about a dozen jobs at the institute, according to reports.

It’s the second round of funding that Leahy, who also serves as the most senior member of the Senate’s Appropriations Committee and of its Defense Subcommittee, has helped the school secure.

In 2009 Leahy helped the school get $7.7 million to train police and fire departments in computer security skills and lay the groundwork for DECIDE – which at the time was known as WebDECIDE. In 2010 the school landed an additional $1.6 million through the Homeland Security National Training Program

Vermont doesn’t exactly have a reputation for being a cybersecurity hub but Norwich has actually enjoyed over a decade in the spotlight. In 2002 Congress named it a national resource for counter terrorism and cyber crime and in 2003 the National Science Foundation (NSF) donated $2.4 million in scholarships for those studying information assurance or computer science. Over the past few years, as the real world implications of cyber attacks have become more fully realized, so has the school. 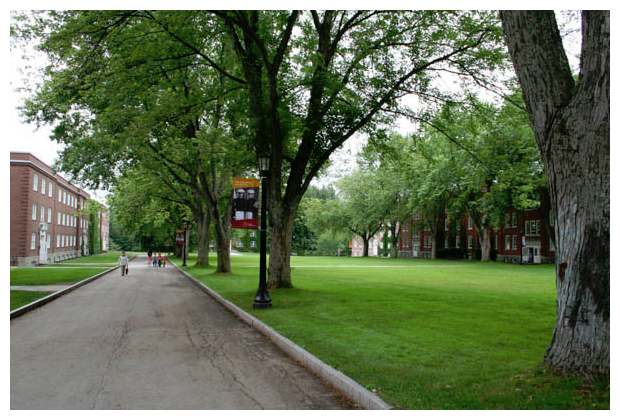